I have to admit that I’m a sucker for relationship reality TV shows. Normally, when I confess that, receivers of that information try to control the sneers of disdain on their faces. Some, though, don’t even try to hide their disgust as they say, “You have to be kidding.”

My husband is one of those who looks down on me for my choice of TV addictions. But hey, I can get snooty about his choice of shows, too. He loves shows starring the white anti-social loner man who has a special talent for discovering who killed the woman in purple underwear. (Spoiler alert—It is always the minor character you don’t think much about.)

I admit it. I find it endlessly fascinating to watch who picks whom for courtship. I like to guess why they are picking each other. (For fame? For attraction? Because of boredom? Or genuine attraction?) How does the dance go, and what might their dance and personality quirks mean for their future relationship issues?

Yes, I predict who the lead will end up with and what their issues might be. I am known to google the relationship to see if I was right on them sticking together or—more likely—breaking up. I even try to bet on how fast the relationship will implode.

This addiction might be one of the reasons I write romance novels. ☺ The fact that I do believe most will implode might be why my novels have a woman lead finds her power before finding love.

Back to the reality TV shows. Labor of Love is a new one. In the first season, the star is on the hunt to create a family or at least have a sperm donor. She openly admits if it doesn’t work out with any of the guys she will just go have a baby on her own. Maybe it is better to say she was on a hunt for a baby and if a guy comes with the package all the better. Or another way to put it is, she is a modern woman who makes her decisions using very modern standards.

Whether you think that is a good way to forge a relationship is dependent on how you view the world. The lead pays close attention to how the guy answers the question to what sex the guys wants their first child to be. She has clear standards—they need to be okay with either sex. So, do these modern standards on this activity and her standards on all the other activities lead her to pick the right guy? 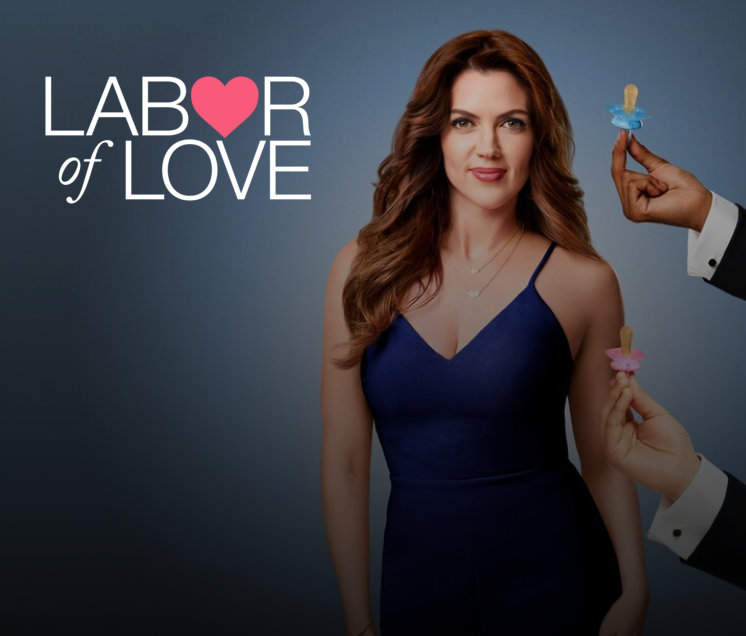 Well, according to me, no. Seriously, I have no place to judge as it is her life. She, after all, has to live with the guy, not me. But that said, as I watched the show, I couldn’t help be sucked in as though I were the star.

If I had a wrestler look at me the way her male suitor-wrestler did her—GAME OVER. Signed, sealed, and delivered. I am all for having some of that complete adoration forever. (Of course, my husband gave me that look when we were dating, and I guess I did sign up for that. It never gets old!)

When I was married to the “other,” I was 100% jealous of women whose husbands gave their wives that “look.” Those men were always faithful to their wives and bought their wives flowers and other gifts of love. Those men wanted to take care of their wives and did everything they could to do so. They only had eyes for their wives and expressed how lucky they were to have the wife they had. AHHHHH.

After marrying the rowdy guy—twice, I’ve learned that I’d rather have adoration and respect than the dark, brooding thrill of the rebel. (Rebel becomes old when you have to be the responsible one all the time.).

So, you can see my watching this show, and the choices the lead has to make becomes “all about me.”

Of course, the wrestler was kicked off the show because the lead doesn’t make the choices I would make. Had to give the wrestler credit though, he left with dignity and remained a gentleman all the way through and wished her happiness.

The lead’s focus shifted and zeroed in on “the doctor.”

True confession time. My father used to be “the doctor.” Well, to be more exact, “the surgeon,” which I tell you was a women magnet. I grew up with soooo many women throwing themselves at “the doctor,” who to me was my bit scary Dad. I had no idea what all the fuss was about.

Often when I was younger, I wanted to ask these women gushing over my very married father, “Really, that is all you care about? What profession a man has? You don’t care that he’s married? Gone all the time and has eight kids?”

Nope. They didn’t care. “The doctor” was all it took, and apparently, if you look at how many doctor romances are still out there, “the doctor” is still the dream for many women.

But to be fair to the lead in Labor of Love, being a doctor does suggest the man possesses admirable qualities. One assumes that “the doctor” is at least smart. (Personally, I really hope they didn’t cheat themselves through medical school. The reality that some do is a whole new level of scary).

Obviously, if they earned a doctorate degree, they know how to commit to difficult stuff and have a drive to help others. All good qualities. All traits that could make a great partner—possibly.

This guy—“the doctor”—was doing well on the show. He even won me over. I was certainly rooting for him until he introduced his “house mom.”

Seriously. He had a “house mom!” He hired this mother to take care of him like a mother?

If that didn’t destroy any attraction to him, I wouldn’t know what would. I am still scratching my head over that. Imagine I introduced the romantic lead in my next novel—he’s tall, smart, successful, charming, and showing interest in the heroine. After the introduction, he goes home to his bachelor pad and wants his “house mom” to help him get dressed?

How many readers are going to write to me and say that was the most romantic story of all time?

How many readers are going to say I can’t stop dreaming of the “house mom” guy?

Would any of you be attracted to that? Am I being too judgmental? Or does the “house mom” have to go?

I would like to hear what you think about the wrestler/doctor-house mom choices.

Those of you who secretly watch these types of shows, do you slip into wishing the main lead makes the choices that you would? If so, what types of things do you fall for in a guy?

And those of you who actually watched the Labor of Love series, email me so we can chat about the choice she made, which I won’t mention here because I don’t want to spoil it.

Those people who watched it, what did you think? I would love to hear your opinion. Please do tell ….