I hit the jackpot!

The other day I was browsing YouTube. I found the entire Bachelor Canada Season Three for free. The Bachelor/The Bachelorette show is one of my top guilty pleasures. I know a lot of people look down on me for watching it, including my husband and most of my kids, but I can’t help it.

To deal with my guilt for watching the show, I decided to write a spin-off novel series (Millionaire Romance) about the reality TV world, but for older people. You know, people in their thirties and forties who have a little more maturity and wisdom as they go through the adventures of love. Or do they? Are they more damaged? More scared? And have more at risk?

Anyway, you can read the series to find out if thirty-year-olds handle romance and courtship better than twenty-year-olds.

Now that I am writing a series about reality TV love, binging on the Bachelor show is research, not wasting time. ☺

One of the appeals of the show is watching the chaos and excitement of relationships. It’s fascinating to see so many different varieties they can come in. There are many dynamics to factor in. I love to predict what’s going to go wrong, what’s going to go right, who will end up with whom, and why they make the decisions they do.

Does the star decide who they want to be in a relationship with because the other person is truly a good, compatible partner? Or is the person choosing out of an inner wound where they are compelled to make the wrong decision because the wound is in the driver’s seat?

Romance novels dive into the same exploration. The exception is in romance novels there is always a happy ending and, in the reality, tv not so much. Okay, and if a romance novel is written well the author points out why the two stars belong together. In reality sometimes it is a mystery why the two are drawn to each other.

The other story question I always want to know is how long they are going to end up together. (I am not always the best at predicting who they will pick, but I am good at predicting the end of the relationship. -Hint: predict they will fail, and 80% of the time, you’ll be right.)

The Bachelor Canada Season Three stars Chris. Now I have to admit, I couldn’t understand what the girls saw in him, but hey, everybody has different tastes, so I was okay to go with it. 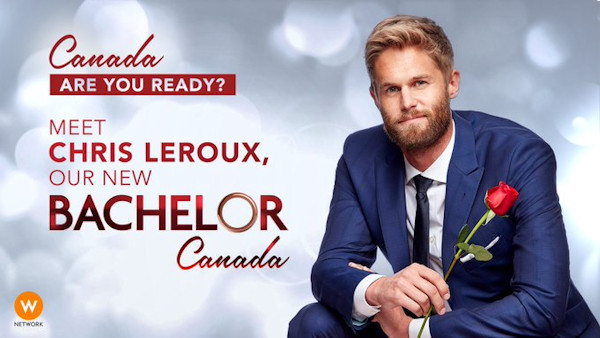 I was curious to see if the Canadians did this whole love bachelor thing any differently than the Americans. Granted, the Canadian show didn’t have as large a budget, so they stayed in one spot longer, but that’s just fluff.

The Canadian women were not as crazy as the Americans in this season, but I have watched a few other, so that didn’t always hold true.

The show centered around all these women trying to get to know the aloof, distant romantic lead. In his past life, he was a professional baseball player and spent a lot of time on the road.

My current husband had toured as a race car driver for a few years and says that the tour can be grueling. He claimed there was no time for women. All his focus was on his passion. I suspect Chris was guilty of the same pattern.

As the women fought for Chris’s affections, a particular woman stood out. She loved meditation, and she also was a lawyer—a fascinating combination.

My first assumption was because she was a meditation teacher and did yoga, she’d be Zen. Grounded. Turns out, she liked to talk a lot and with intensity.

Chris kept saying he was laid back, and her intensity was a little much. (Professional sports’ player laid back??? Not sure how you can reach that status and be laid back … but whatever.)

Anyway, he kept telling the meditator/lawyer lady to basically chill out.

We have all been with people who were super on fire and “too much.” But on the flip side, I kind of connected with this girl who was full of energy, passion, and life.

I used to say that there was no greater sin than being boring. Then I married husband number three. (I was tired of all the drama that comes from marrying sparkles or another word for it is narcissist).

So, one day out of frustration, I said to my current hubby, “Dear, you’re kind of boring.”

He looked at me blankly and said, “Yeah, I know.”

That was it. He was fine with being boring!

I probed deeper, “But don’t you want to be more exciting?”

Later that day, he wanted me to be more boring and calm down!

I took a breath. Both of us should probably learn to listen more, but not to some silly guy telling us to tone down our sparkle.

If she made him feel uncomfortable with her positive energy for life, that was his problem, not hers.

I suspect from the things she said on the show, she took it personally. Hopefully, she bounces back and finds someone who loves her fire. I suspect she will.

When I see men who are uncomfortable with a passionate, bright woman, and try to tamp that down, I am concerned.

With my husband, he is not trying to truly tamp me down. He’s tired from getting up to go to work at three am. I know, and he knows he loves me, and part of that means he secretively loves my fire.)

He knows, and I know, that him being boring brings me stability. And we both know when we see each other at the end of the workday, I am buzzing from caffeine, and he is dragging with exhaustion. That is called the irony of marriage.

If you’re gonna watch the show, and you don’t want it to be spoiled, don’t read further.

What do you think about intensity? Should a person embrace who they are or tone it down?