The self-improvement speaker referred to Sedona as a mystical place with red dirt, healing energy, and vortexes. The speaker raved that the land helped him achieve inner alignment and gave him the tools to develop his new healing modality. I had never heard of Sedona, but as the five hundred people attending the conference buzzed about this destination, I realized that I must be missing out. I wrote on my bucket list to visit there someday and experience these vortexes even though it sounded way New Agey and out there. I was up for the adventure.

Flash forward ten years later, when my boyfriend invited me on a road trip with him to Tucson, Arizona, to watch him race, work on engines, and fire ups. I wasn’t as thrilled about going on that adventure. Going on a trip with him, yes. Tucson, no. I had never really thought about Tucson, even though I had heard of it. I think everyone in America has heard of it but rarely can people spell it right, including me.

Curious, isn’t it? Both places are in Arizona, and one held for me an air of magic, beauty, and desire. The other place brought up images of heat, cactus, and dirt. When I traveled to Tucson, I enjoyed bouncing down the highway with my boyfriend, holding hands and chatting about his upcoming racing event and about my children, hoping they were okay with their dad while I was away.

Our relationship was blooming. We most certainly were in a honeymoon phase, but that didn’t put rose colored glasses on my experience of Tucson. We set up camp at the dragstrip at the Pima County fairgrounds that had zero trees in the middle of 113-degree weather. Only dirt and bleachers surrounded the straight strip of pavement.

We had been traveling through all of Southern California, attending racing events. (My boyfriend was a famous mechanic who made engines roar, loud—louder than all other engines. He also raced, but wasn’t famous for that.) The race track in Tucson was by far the ugliest we’d visited on this trek

For most of the event, I escaped into his truck, running the air conditioning as I wrote on my computer, hating this place that was unbearably hot and set my allergies on fire.

So, when my boyfriend mentioned he wanted to live in Tucson someday, I laughed, and said, “Hell, no. We won’t be together then.”

Yep, I’m living in Tucson now, married to that racer-mechanic.

Moving to Tucson has been the biggest culture shock of all the moves I have made so far. Tucson is the final frontier with the gun-swinging locals who embrace the hardy living and the plethora of wildlife. Yet the town still has bookstores—lots of them and newspapers.

We were only a few hours from Sedona, so one weekend, we packed up our bags and experienced Sedona’s red dirt mountains, the history, and the vortexes. For me, not as transformative as the healer claimed, but certainly a beautiful adventure and a nice get-away. 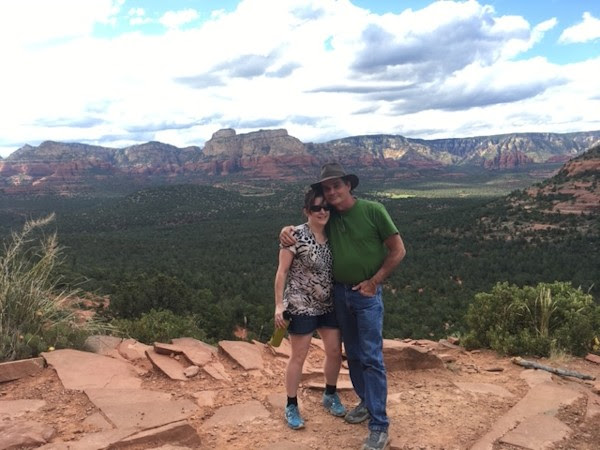 Maggie Chambers, the star of my novel, Romancing JT, also moves from Cali, in her case LA, to Tucson for the love of her life, JT. Her entry into this unique place was bumpier than mine as she tries to merge her world with JT’s and Tucson.

As the pressure of Tucson living, planning an upcoming wedding, and dealing with a sneaky producer of the reality tv swirls together, she, like me, thinks escaping to Sedona, that magical place of red dirt and vortexes might be the answer. But is it?

Is there a magical healing place that we can escape to?

Is Sedona the answer?

We are all traveling into a new world like Maggie and JT are creating a new life together. If you would like to travel with Maggie and JT on their adventures in forging a new life, The Sedona Upset. Be one of the first readers to explore the world of Tucson, Sedona, reality TV, and, of course, vortexes. 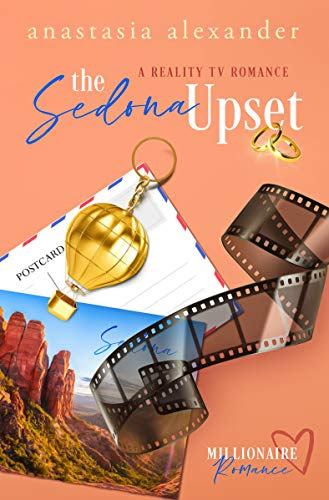